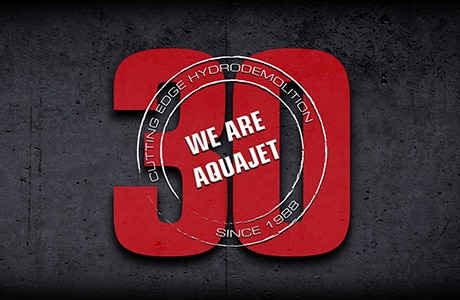 In 2018, Aquajet celebrates its thirtieth birthday. The celebration will be an essential part of the Hydrodemolition days in April this year, as the pinnacle of three decades of innovation.

During the popular event in Sweden, Aquajet will unveil several groundbreaking products to the world, and thereby strengthen their position as the market-leading provider of safe and sustainable hydro-demolition equipment.

The story of Aquajet Systems began as a hydro-demolition contracting company in Sweden – one of the most innovative and tech-friendly countries in the world. Some of the entrepreneurs that embarked on this amazing journey are still with the company today. They started out as ambitious visionaries and ended up as global leaders. In 2018, the story continues, as Aquajet writes a completely new chapter in the history of hydro-demolition.

Always at the forefront

Over the years, Aquajet has manufactured some of the industry’s most advanced, versatile and sustainable hydro-demolition products. The Aqua Cutter 410A, the Aqua Cutter 710V, Power Pack ECOSILENCE and the sustainable water treatment system, EcoClear, are only a few examples of products that changed the game when introduced.

Since 1988, Aquajet has refined as well as redefined the hydro-demolition technology multiple times. Aquajet has also provided the industry with a number of technical innovations such as the Evolution Control System, the Equal Distance System and Intelligent Sensing Control. Today, Aquajet has many unique and patented solutions
within their products. 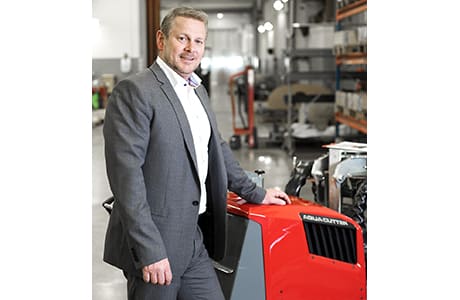 “Aquajet has achieved many great things in the past thirty years, but the best is yet to come. It’s truly an honor to work with such a dedicated team on an everyday basis. Together we shape the future of hydro-demolition. We did it thirty years ago, and we will continue doing so in the decades to come”, says Roger Simonson, CEO of Aquajet Systems.

The thirtieth anniversary of Aquajet will last throughout the year, but the celebration itself will be held during the Hydrodemolition days in April at Aquajet’s headquarters in Sweden. As usual, the site in Sweden will be filled with hundreds of people from a variety of countries around the world. This year, the visitors will be in for a real treat.